Give Thanks to the Lord, cuz him is goods...
Kthx bye bye...
Katie Kitty Too 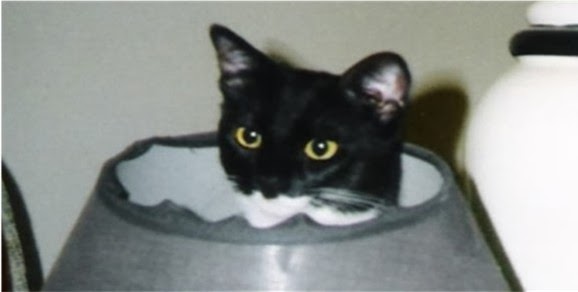 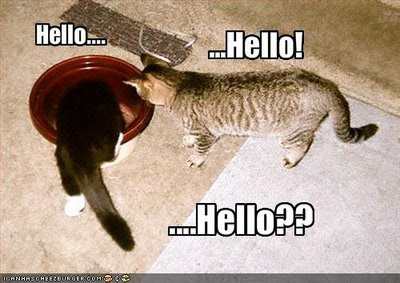 Bootsie!! Where did our Bloggie goh!?
Lets lookin dehr... Any body dehr? 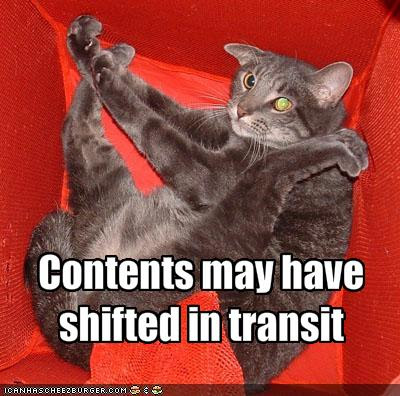 To finds our blog agin, pleze clik
our noo web name and change ur Linkies,
Google Reader and Blog Lists to
http://katiezfurrymewz.blogspot.com/ ! 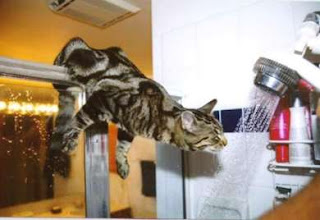 To get thine ends, lay bashfulness aside;
Who fears to ask, doth teach to be deny'd. 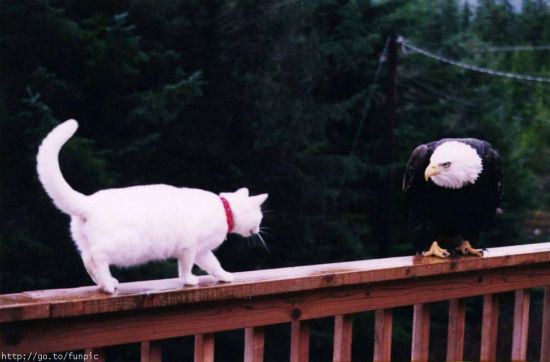 Been spending my blogging time commenting at Huffington post.
.
For some odd reason, one of my comments got approved for my KidSister profile, but hasn't shown in the commentary section of I Want My Dada* yet.


So here is the scoop:


For the past month or so, Richard Belzer, my dear brother of comedy is blogging again. Finally, after one measly but brilliant post on July Fourth several years ago.
.
Can't help but wonder if my comically shy encouragement last year that he publically share his opinions -- stage fright and bonking my head and all -- had a wee bit of influence...


Anyway, I usually traipse over to Huffington Post after umpteen dozen comments have posted on one of his new essays... study out the psychological commentary pattern of the top of the bell shaped curve before leaving my personal replies....


Well one of my replies from a previous essay just ain't showing yet, while two comments I later posted on his newest essay did! I've decided to post here and forever tie my stage name to a bit of political tongue in cheek opinion. So there...


(Now leave me alone before I bonk you in the head with Kathy Griffin's Emmy. She thinks her statue is God, you know...)


The Dada Essay:*
The first World War was sold as -- and thought to be -- a noble, necessary endeavor that was to end all wars. Soon it became evident that this first-mechanized war was a heartbreakingly horrific slaughter house of epic proportions.

The senseless decimation of virtually all the young men who -- with fervor and patriotism -- eagerly enlisted to "defend" their nation so repelled a group of artists and writers that they felt compelled to question the very meaning and purpose of artistic and cultural values.

Thus the Dada Movement was born. All (so-called) modern thought was called into question. It was reasoned at that point in history we had become so barbarous that precious human life was chillingly expendable for the most ill-conceived and deceptive purposes.

Today, this is all known too well by many and ignored by just as many more.

When the government and its citizens are in a witting and unwitting dance of death with the media play the tune, I implore, I compel, and I all but beg those in the creative community to once again question and challenge and redefine the purpose of culture and its affect.

I want my Dada!


"All evil needs to succeed is for good men to stand by and do nothing."

Yet are the true evildoers those who force their perverted views on others through acts of terrorism and unspeakably horrendous violence?

Or those who enable these perverted fiends through financial support and protection, then move them around like animated chess pieces?

Even a pawn can find the king and checkmate him... yet who is the "king" in this fowl play for globalistic unity?

These are my DaDa questions.

Wikipedia has an article about the DaDa movement, but it doesn't pinpoint the origin of the name, save that "Dada in French is a child's word for hobby-horse. In French the colloquialism, c'est mon dada, means it's my hobby."

Another intriguing statement in the article: "New York Dada lacked the disillusionment of European Dada and was instead driven by a sense of irony and humor."

I never met my Dada.

A good artist knows that there is no black or white, just varying shades of grey.

It's unfortunate that we, as a nation, seem to be turning such a dark shade lately.


(This comment was pending approval and had not displayed yet.)

"A good artist knows there is no black or white, just varying shades of grey."

My cats would have a debate with you on that. My oldest (18yr) looks black, but his fur is very deep, dark brown. My youngest is a black and white tuxedo. Her black hue is blue. (And my longhaired Siamese's Mommy was a Russian Blue shade of grey too...)

True, no pure black or pure white exists on earth. Pure white is terminally blinding. Pure black is an entirely absolute lack of light spectrum reflecting into the retina of our eyes: a galactic black hole.

Yes, both (sides of the coin that I mentioned) are an evil we're all capable of... but I choose to say I will not kill nor kill myself today.

There is no such thing as pure evil. Pure evil does not exist... Evil can't create anything -- only twist creation, distort facts, misrepresent truth -- so deceptively captivating. Always a bit of truth there -- the luring cheese in the mousetrap.

Look at the evil man all gone from Iraq. Ain't it "wunderfull?" But what mousetrap are our wonderful leaders panhandling?

"...we as a nation, seem to be turning such a dark shade lately."

Lately? With due respect to fellow artists... (and clevelandchick about Derek Hess "Armageddon Has Been Canceled Because The Tickets Didn't Sell")
What about the last 40+ years?
Our nation's been gradually turning a darker shade way before 911 -- like the experiment with the frog in cold water. Slowly turn up the heat and the frog just happily gets used to the pot's changing temperature until boiling to death.

It is "shameful how quiet 'We the People' have been" for decades upon decades.

The dumbing down of the masses has prevailed at least since our dear essayist was in public school (initiated by such historical icons of education as John Dewey).

Like so few of We the People, Richard refused to be educationally lobotomized by that govern-mentally challenged school system.

A lobotomy-free artistic survivor of the American public schools,

-Kid Sister to A Comedian. 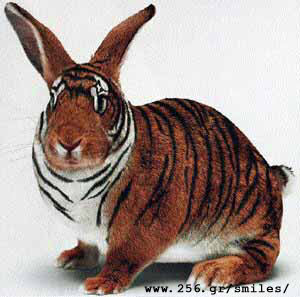 "I'm one of the quirky kooks God threw together
from the leftover dough...
after He made all the kookie kutter people." 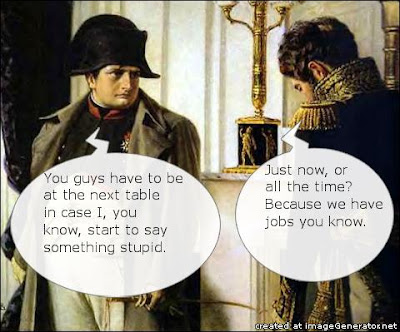 If people never did silly things,
nothing intelligent would ever get done. 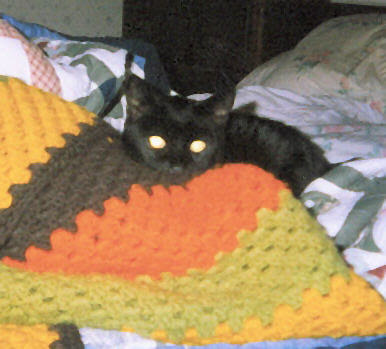 For the Other side of the Tail... Ahem, Tale.